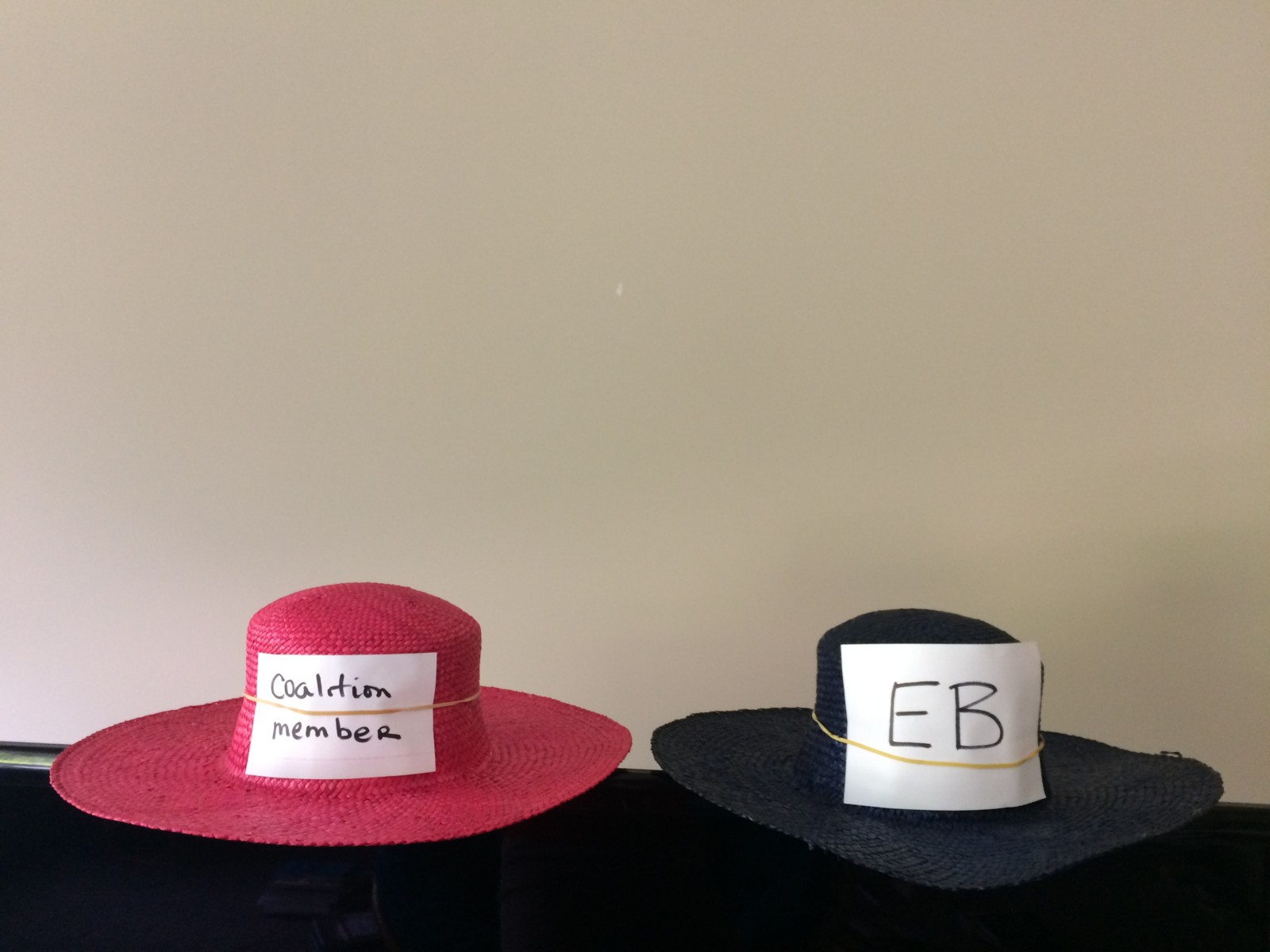 Are You Wearing the Right Hat?

We all wear many hats within our family, community and organizations. Sometimes we find ourselves wearing multiple hats at once, and that usually isn’t a good look. Nor is it always effective. Let’s examine how we can be more intentional about our hat selections to get better performance.

I recently used this hat metaphor when facilitating an executive board retreat for a non-profit organization. As I interviewed each of the directors prior to the executive board retreat, I discovered that sometimes they functioned as coalition volunteers and other times they acted like they were in board meetings. That by itself wasn’t the issue. The problems occurred when they needed to be functioning as a board member, but were thinking and acting more like a coalition volunteer. They either had the wrong hat on, or were wearing both simultaneously.

Being intentional about which hat we’re wearing is critical, especially when it comes to leadership responsibilities. Sometimes we dive in without being mindful of the appropriate role or priority. But a lack of clarity can lead to confusion, frustration, and lower performance.

The hat metaphor became instrumental for shifting the conversation and focus of this team of executives so they could provide the necessary leadership for the organization. To make things easier for them, I labeled a blue hat “Executive Board” and a red hat as “Coalition Volunteer” and left them in plain sight throughout the day. It was a clear reminder for them to focus on being strategic. At one point, a board member even said, “I feel like we need to get our blue hat back on” when the conversation became too operational focused. I was so psyched when I heard that – they were on their way to a very productive session and future.

Knowing what hat you are wearing provides clarity and focus for you and those around you. For this group, it enabled them to develop a new structure for operating, clear expectations and goals to take the coalition to the next level of performance. As a result, they rose above the details and more action was accomplished at meetings because the board performed its role well.

We have all sorts of hats that can conflict in business. They include:

The first hat, who I serve, can result in company silos if the company’s goals don’t come first. When collaboration is suffering, ask which hat is being worn? Often it is the department hat. As Jesus himself said,

Wearing multiple hats regarding priority – “What I work on” – usually results in multi-tasking which is really task switching since our brains can’t perform more than one task at once. Toggling back and forth can reduce productivity by up to 40%.

One of the main requests I hear from employees (and most of the board members mentioned above) is a desire for clarity. If you wear the hat of leader but don’t set direction or clear expectations, it creates confusion, inefficiency, and even anxiety. It is like ballroom dancing when the man doesn’t know how to lead and give clear signals (thankfully Patrick does this really well) . It’s awkward, frustrating, and you don’t know what to do, so you often misstep, making it downright dangerous. It is no different in business. Employees don’t know what’s important if the leader doesn’t communicate the task clearly, so they work on the wrong things, duplicate effort, and often end up finding other positions. Ultimately, money is wasted.

I incorporated the fourth bullet to show what to do in case of ambiguity. I know someone is thinking, “Sometimes I must wear multiple hats.” To that person, I would say to try and combine those hats to bring clarity to the objective. In this example, I would combine quality and low cost to create a “best value” hat.

The key to hats is being intentional. Think about what hat you should wear in a specific meeting, conversation and work situation, and challenge others to do so as well.